“The Adventures of Sherlock Holmes” 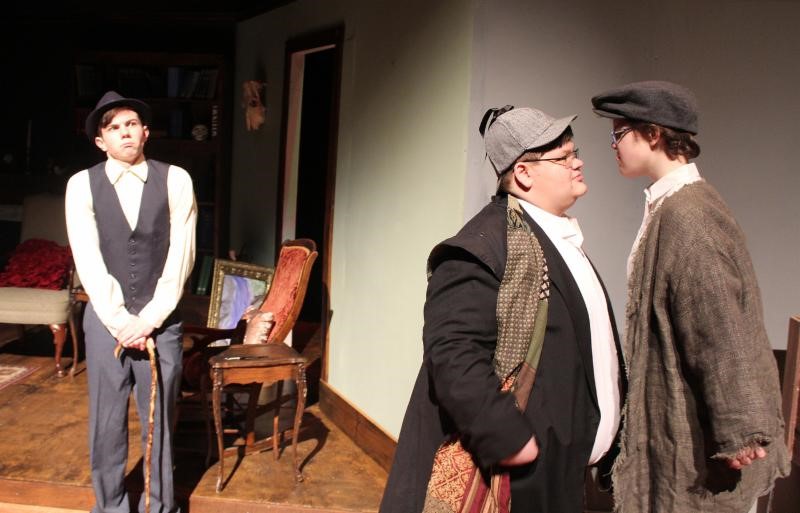 Performance features four plays in one

The Marshalltown High School drama department will present the spring play “The Adventures of Sherlock Holmes” on Friday, March 29 and Saturday, March 30, both at 7 p.m., at the MHS/Community Auditorium.

“Sherlock is a very popular character that everyone has seen or heard of in one fashion or another,” Gale said. “The audience will see four of the classic stories adapted by the playwright. We are running each story as its own mini play with a different Sherlock and Watson for each.”

There are also student directors for each of the plays who are supervised by Gale. Gale said many of the students in the production are involved in multiple activities at MHS, but were able to devote time to this project as well.

“I couldn’t be more proud of all the hard work they put in,” Gale said.

Admission at the door is $5 for adults and $3 for students kindergarten through 8th grade, with activity tickets honored.